I had been looking for a 57 Chevy truck for my next project, but everything I was finding had been restored already and cost too much, or they had work started which almost all included a front clip from something or another.  None had been grafted on very well.  Then one day in May 06 while reading the Bob Ford Chevy list, I saw a listing for a "1957 Chevy series 3100 1/2 ton short bed pickup truck.  Has small rear window, bumper guards and turn signals.".  Jerry Whitfield, an auto dealer in North Carolina had just acquired it form the past owner of 36 years, Gene Moose and was looking to sell it.  The truck had been sitting since 1989 and after the normal e-mailed questions were behind us a deal was made and a deposit was sent. 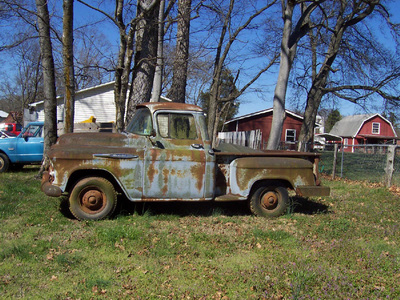 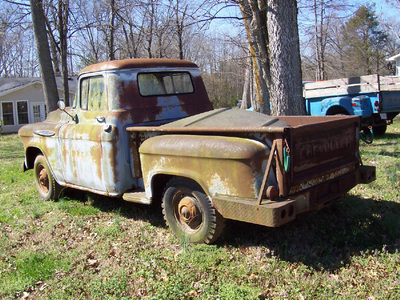 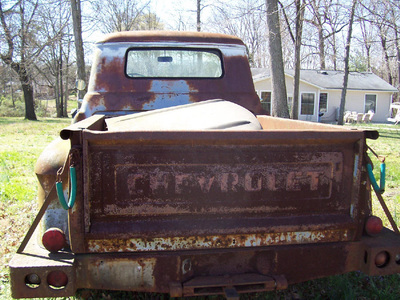 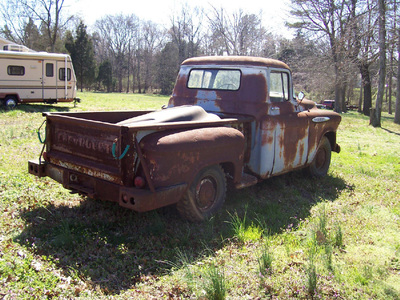 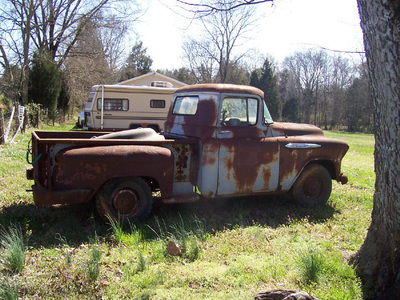 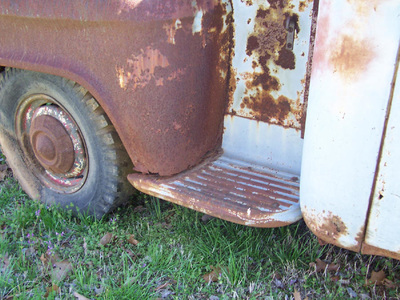 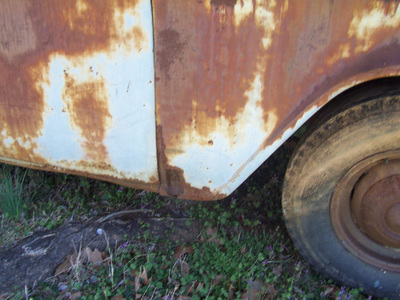 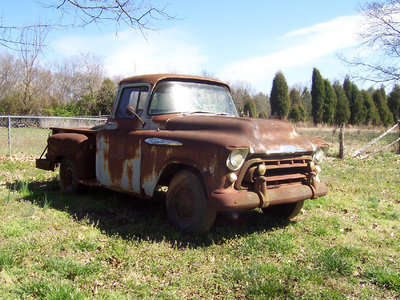 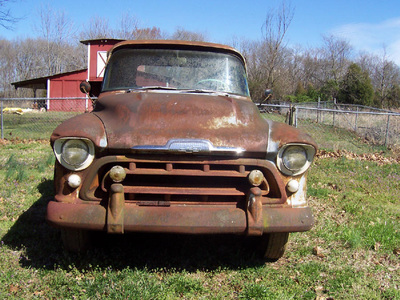 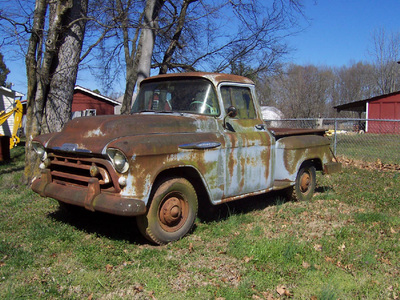 At high noon on Thursday June 22, 2006, my buddy Jim and I left headed south with my auto hauler in tow.  We were in North Carolina for Saturday morning’s arranged meet, looked over the truck, loaded it up on the hauler, completed all the paper work and was back on the road, headed north, by 9:30am.  This put us 3 hours ahead of our hoped for departure time which was nice other then we wouldn’t be in North Carolina for lunch and some BBQ.

It was an uneventful trip other than a lot of rain and by Sunday afternoon we were back home on Cape Cod Mass. 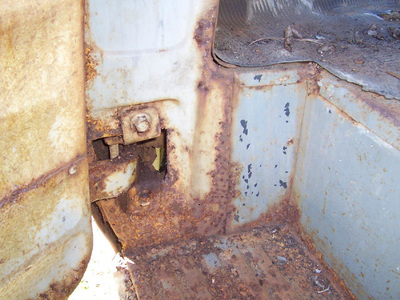 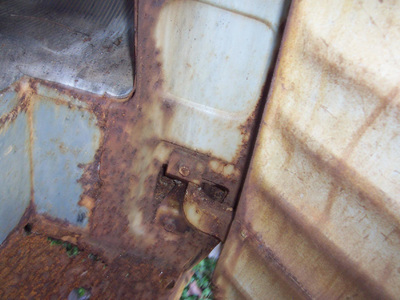 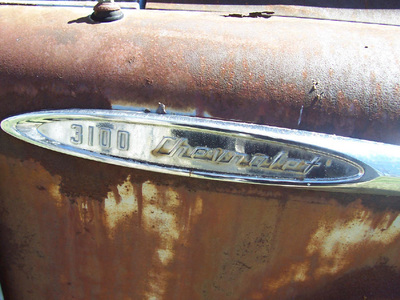 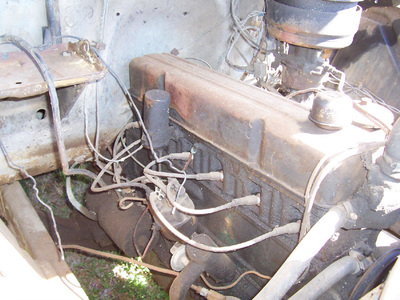 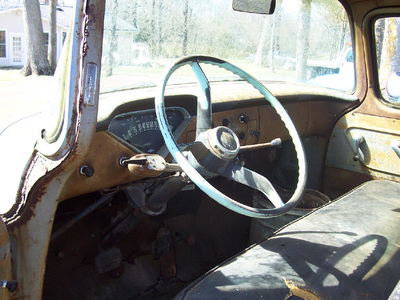 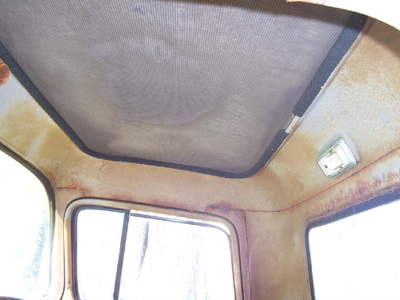 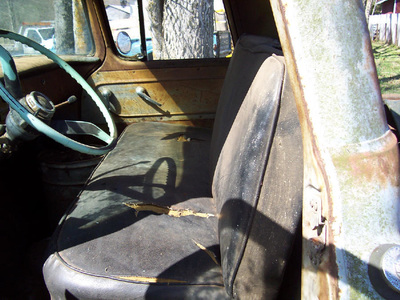 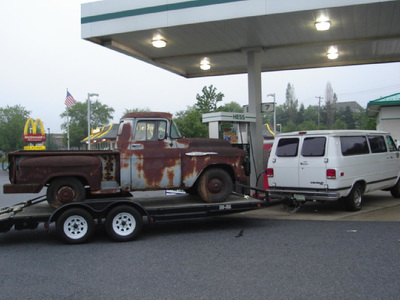 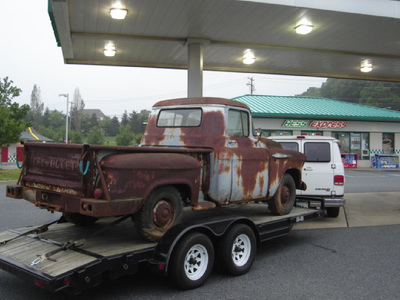