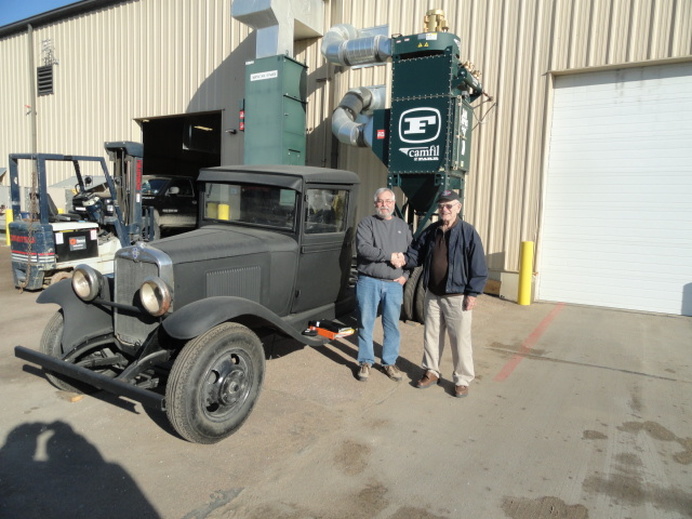 1931 Chevy Truck, don’t see many of them and those you see are normally nicely restored.  After looking for many years and finding lots of Ford trucks in need of restoration, I happened on a Chevy cab at a local swap meet, and surprising enough, it was the wife’s idea to buy it…and we did, but kept looking for a complete truck.  Then I located this truck in Sioux City Iowa, a 1 1/2 ton LT truck that had spent most of it's life working on a local farm.  The young gentleman I'm shaking hands with is 92 year old Lloyd who already had built a 1930 Chevy truck and decided he wanted the 31 to go to a better home, MINE!

Current plans are to reassemble the engine and if able to getting it to run, then we will re-assemble the truck and drive it as is for a while... But what if you were to build a “T” bucket type hot rod utilizing the cab from the 31 pick-up… Well that is kind of the long range idea for this truck.

And the now extra cab, we will hang on to it for possible patch panels, or sell it if found not needed.