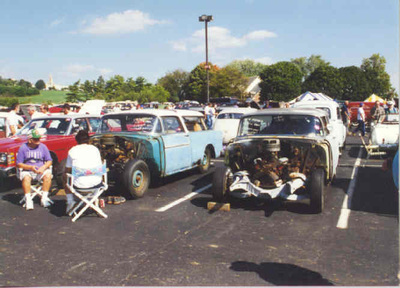 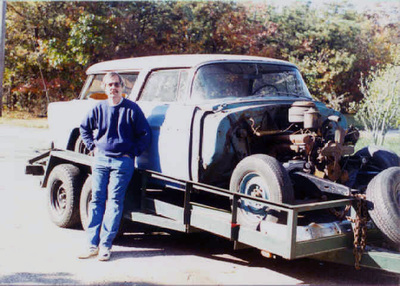 The story behind getting this Nomad is a little different then most you read or hear about.  I didn’t have one as a kid, no one in my family ever had one, I didn’t learn to drive in one or meet my wife of 37 years with one.  In fact, I never saw one in person until the day I bought it.  I have always been interested in anything mechanical, loved to work on cars, and became a licensed aircraft mechanic.  In late 1993 when we decided to replace our 20-year-old Chevy van with a new one, I started thinking about building a car and use the engine and transmission from the old workhorse.  Having recently moved the west coast to the east coast, with the cold snowy and wet winters, the idea of building a T-Bucket or 32 roadster didn’t make a lot of since to me.  So came the idea of restoring a car, but what to restore?  It would have to be something the family could all fit into, but it had to be different as well.  I always favored Chevys, so a 55 from my birth year was the likely candidate.  But you see 55 Chevys everywhere, but what about a Nomad, keep in mind, I had never seen one in person to that point.  So the search was on to find a Nomad that needed work. 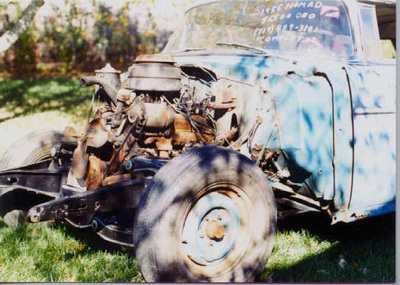 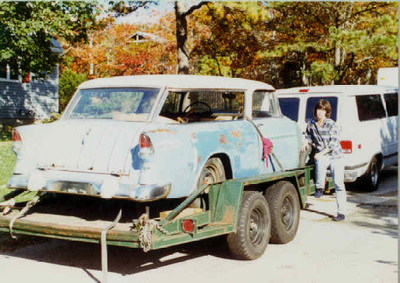 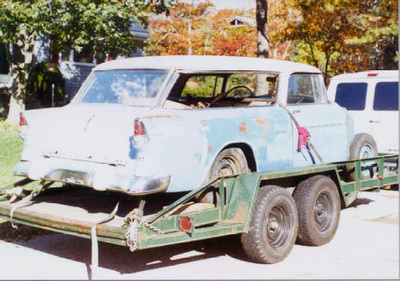 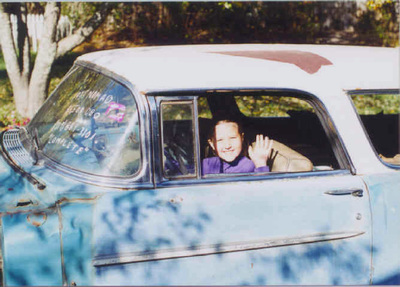 One day at lunch I spotted an ad in Hemming's for a 55 and I called the owner.  The car sounded promising, but the price was to steep.  Then a guy from work was going to the Fall Carlisle swap meet and he would keep an eye out.  He did find one, but was turned off by the looks of it and the work it would need.  He did take a picture of it to show me.  When I saw the picture I was definitely interested, but he didn’t get any details, not even a phone number.  Studying the photo, you could almost read a phone number on the windshield.  Using a 10-power glass I made a couple of guesses at the number and made some calls.  On try number three I hit pay dirt and found the owner.  We talked for a while, then it hit me, it was the same guy as before, but now his price had dropped.  After a couple more calls, a deal was made and road trip was planed to go look at the Nomad. 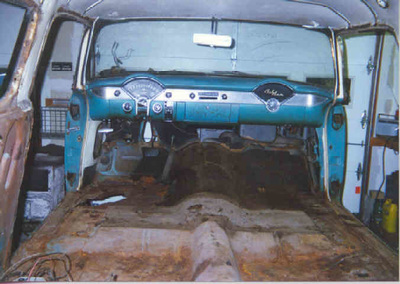 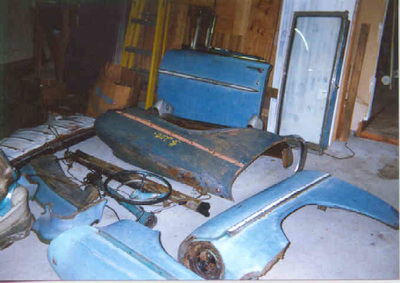 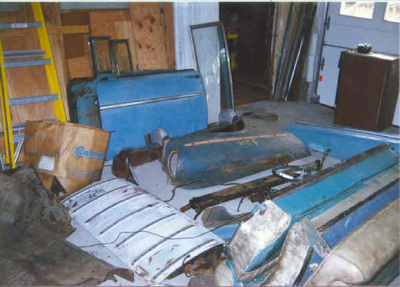 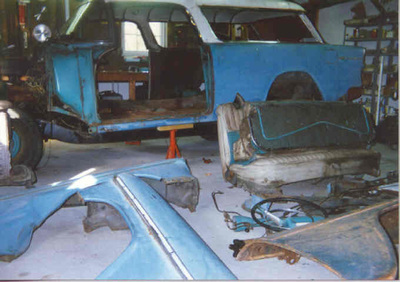 My buddy Jeff and I headed out Friday at 5:00 pm and drove as far as New York, where the driving rain made it impossible to continue.  Up and on the road by 6:00 am got us the "meeting" place by 9:00 am.  We met with the owner, Dino and looked over the Nomad.  It was just what I was looking for, a complete car with a good frame, straight body, all the chrome parts and in need of work.  Cash past hands, the Nomad was loaded onto the trailer and we headed to the notary.  In Penn. the title needs to be notarized and as luck would have it, the local gas station/sandwich shop/sporting goods, employed a notary.  Paper work completed, we shook hands and we were off for home.  Only stopping for gas and food, we were home by 10:00 pm.  Not bad!