The engine came from the 1989 Cargo Van and is a 350 four bolt main with Throttle Body Injection (TBI).  No major work is planned for the engine as we know it runs well and only cosmetic changes will be made.  Keeping with our plan to keep the truck stock appearing, the engine will be dressed in mid-50's apparel.  Anybody who knows their engines will know it isn't original but will be puzzled as to what it is, I think the casual observer won't know the difference.

The engine was stripped down and cleaned in preparation for a coat of Chevy orange.  The serpentine belt system has been removed and replaced with a set of early 70's "V" belt pulleys.   A replacement alternator with belt drive was installed as well as a mid-70's power steering pump also with a "V" belt.

The add on oil filter from the original straight 6 engine was modified to fit the front of the V8 block.  It will not be used as an oil filter but will hide the PCV system and work as the oil filler.  Hope it works!

The valve covers from my original 55 Chevy engine out of the Nomad which were cleaned up and fitted to the 89 engine.  That sounds easy but is any but.  The 55 covers have 4 perimeter bolts and the 89 has 4 center line bolts.  I found an adapter from GM Performance that will fit mid 60's covers and have modified them to fit the 55 covers.  I added fittings and baffles for the PCV system.

The next big and the biggest modification is the oil bath air filter.  The old filter was cut out of it and an H&K filter fitted as well as being modified to fit the much larger throttle bore. 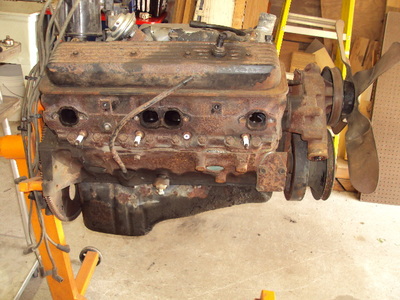 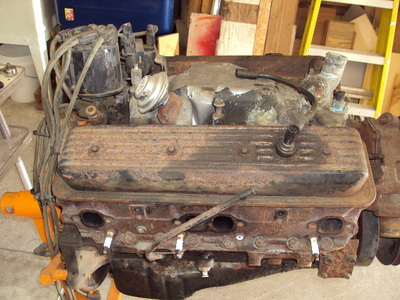 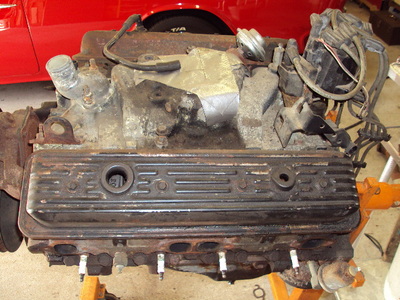 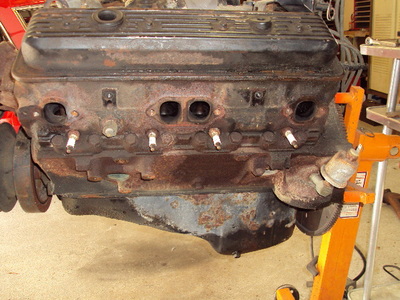 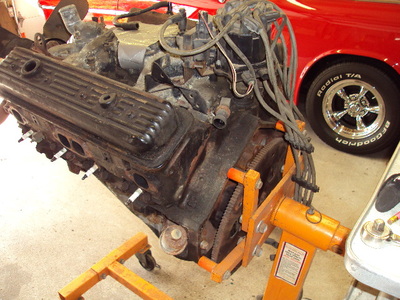 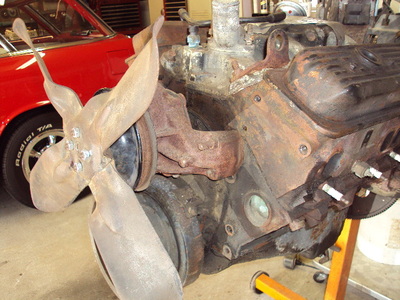 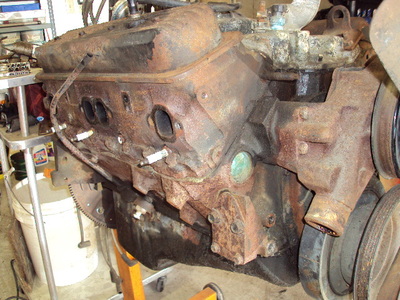 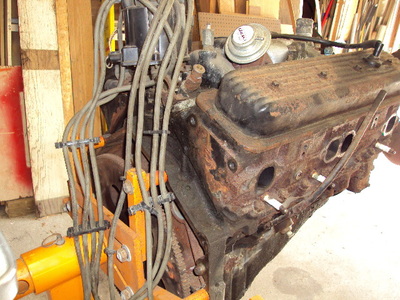 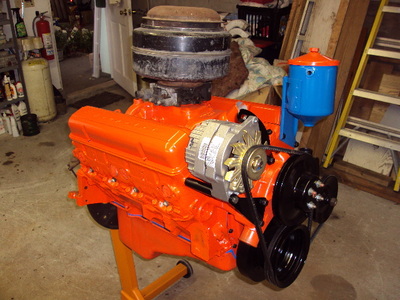 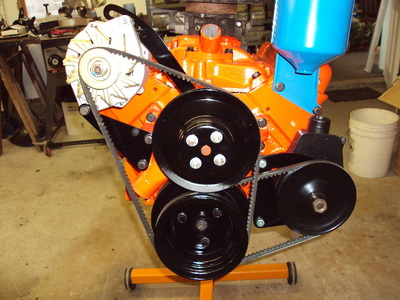 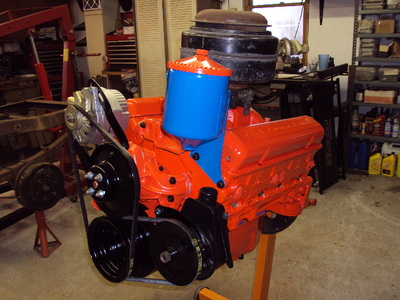 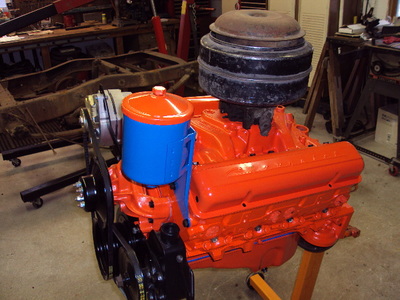